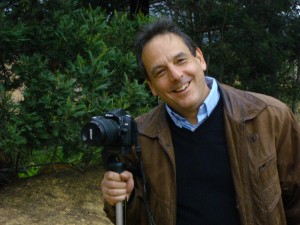 Hector started taking photographs in the early 1980’s. He had always been intrigued by “seeing” things, details, colors, shades of gray, B&W etc., but it wasn’t until he joined the Javier Sandoval Studio at Bogota, Colombia that he started getting into the details of photography. It was there were he learned about films, cameras, darkrooms and really transforming what he saw into tangible B&W photographs.

They had a group called FOTOCLUB 180 that was very active in the photography scene at that time. They would meet and experiment with new things in photography. They had, however, “day jobs” and with time, they stopped meeting and producing, as a group, great photographs.

Hector had the opportunity to participate in the following collective exhibitions in Bogota, Colombia:

Hector left Bogota, due to his day to day work, and started moving from country to country. He carried his darkroom and cameras around, but was not taking many photographs nor printing his work. Hector kept “seeing” and capturing images but it was not until several years ago when he decided to go digital and started being more active and taking photographs again.

Hector still has his “day to day job” but it gives him the opportunity to visit many places around the world. So, what Hector does now is mostly travel photography.

Hopefully this Website will capture your heart. It is done with no expectations, no commercial drivers, just a place to show the images that have captured his heart.